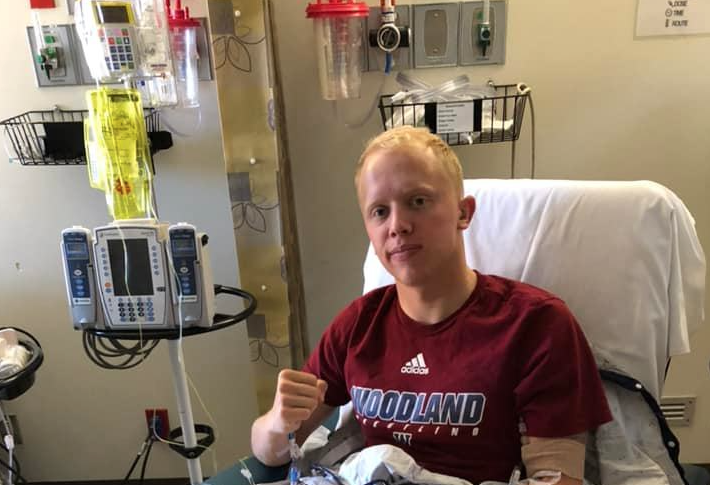 How to be a Wildcat. Gavin Nix doesn't need an instruction manual; it is in his blood. Literally growing up in the Bartow County School System, Gavin attended Mission Road Elementary School, Woodland Middle School, and Woodland High School. His mom, Leslie, taught at Woodland High School too.

When Gavin left after graduation to join the United States Marine Corps in 2020, he left a positive impression on his school community and all who knew him. “Driven, motivated, polite, positive, and the total perfect package” were all words used to describe Gavin. Teachers and coaches say the talented wrestler was also a school leader and a true Wildcat as he cheered on his favorite athletic teams.

Fast forward two years later, and the Bartow County community is cheering Gavin on and rallying behind him after his foot was recently amputated.

“He graduated from the Reconnaissance Training Assessment Program and then continued on the course of becoming a RECON Marine,” said Leslie. “During field training exercises, he developed an infection on his heel that led to osteomyelitis and multiple surgeries. Due to the extreme nerve and tissue damage, he developed a painful neurological disease called Chronic Regional Pain Syndrome, better known as CRPS.”

Multiple treatment options didn’t work. After being on crutches for almost a year, and watching his muscles and tissue continue to deteriorate, the decision was made to amputate his left foot.

“You could literally see the relief on his face after having his foot removed which speaks volumes about how painful this last year has been,” added Leslie.

Gavin plans to receive treatment and heal at the Naval Medical Center in San Diego over the next few months.

Add grit to the long list of words already used to describe Gavin. The courage and determination he has to come back stronger and better than ever is nothing short of amazing and inspiring, and we want him to know that the Bartow County community is rooting for his continued success!