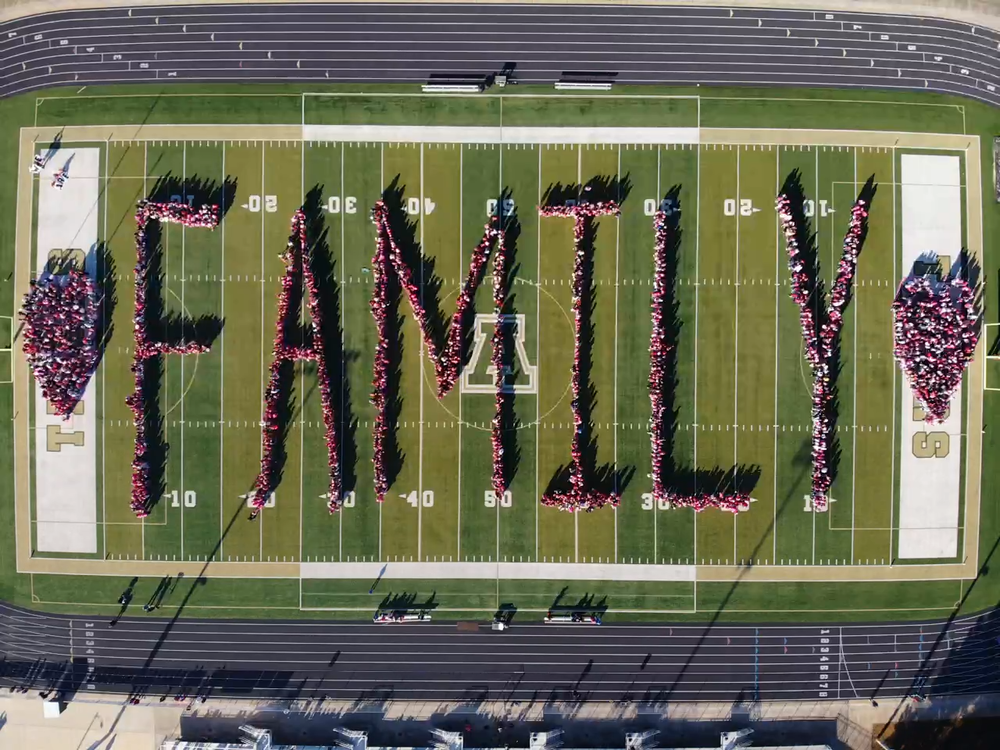 Pink Out Raises 10k to Help Families Affected by Cancer

The word "family" takes on a deeper meaning when you're in Adairsville, Georgia. Generation after generation, the city and even surrounding areas stand united, mourning and celebrating together as a unit. The support is simply second to none.

That's why it was no surprise when Adairsville Middle School Teacher Mrs. Christy Ridley announced that more than 3,000 students and staff from five Bartow County schools will form the word "family" on the AHS football field as part of Pink Out 2022! The idea came to fruition today, and it was a sight to see! The AMS Chorus joined in a powerful way, and the survivor's walk, led by local cancer survivors Addaley Sutton and Angie Hice, embodied strength.

Pink Out, now in its 14th year, helped raise more than $10,000 for local families affected by cancer. It was the largest Pink Out event EVER, and again, all proceeds will stay in the FAMILY!